Filming of Uncharted in Barcelona 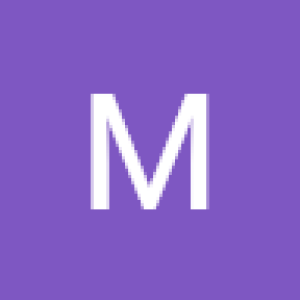 Have you ever heard about a very famous movie for young people and not only that it is called Uncharted?

if you live in Barcelona or nearby, I am sure that you have heard about this film, since it was recorded in Barcelona in many places such as the Basilica of the Sagrada Familia, in the born (Neighborhood in Barcelona) and many more places that I will show you later in this article.

And of course, I am going to explain it to you about this movie so that you better understand what we are going to talk about today.

Nathan Drake (Tom Holland) and his older brother Sam, students of a Catholic orphanage in Boston, are fond of stories about the treasures of travelers and pirates, and consider themselves likely descendants of the English captain Francis Drake. Together they enter the exhibition, where the map of Magellan's first circumnavigation of the world is preserved. Sam tells Nate that Magellan didn't actually complete it.. While trying to steal the map, the brothers are caught by the police. Sam is about to be arrested, but he, having managed to say goodbye to Nate and promising that one day he will get him out of the shelter, flees to avoid going to jail.

10 years later, Nate he works as a bartender and steals jewelry from wealthy customers. Sam, meanwhile, never contacted Nate live. The only connection of Nate with him are the postcards that Sam he occasionally sends his brother. the treasure hunter Victor "Sully" Sullivan (Mark Wahlberg) meets him in a bar. Gives to Nathan your business card, promising you an interesting deal. Nate arrives at the address to retrieve the bracelet he stole from her, which Nate robbed a customer of a bar, and sally he tells his plan: Magellan died in the Philippines before completing his round-the-world voyage, and that was continued by his follower, and the spoils of the expedition were lost gold. At first, Nate refuses to help sally to find the missing gold, but then, after thinking about the possibility of finding his brother along with the gold, he changes his mind.

Well, you already know more or less what this movie is about and therefore it is time to start talking about the places where they filmed this interesting and incredible movie.

WORK ON THE FILM

As one of the main actors, Tom Holland, says, whenever possible, the film was shot on location and on built sets, without computer graphics. Thus, the decorations of the crypt and the church were built. Some ships also turned out to be lifelike: decorators built the interiors on suspended platforms for the flight scene. Catacombs and a treasury were also built, all in the most approximate style of those years. Construction of the sets in the film was overseen by production designer Shepherd Frankel.

Filming in Barcelona: The scenes were shot in Santa Maria del Pi, a 15th-century Gothic cathedral in Barcelona, ​​where the action was taking place.

The Moncada headquarters were organized in El Born, the Victorian market building in Barcelona. The building was planned to be converted into a library, but during the study of the foundation, remains of ancient Barcelona were discovered. Now the foundations of the 150-year-old building have been turned into an archaeological site. The film crew decided that this location would be perfect for Moncada's headquarters. «UNCHARTED: DOES NOT APPEAR ON THE CHARTS it has a lot to do with the intersection of ancient and modern,” said producer Alex Gartner.

There's a stream in the square the Holy Family, where the father and son Montcada meet, the latter played by Antonio Banderas, to talk about the future of the family. When the two are sitting on a bench in the square, you can see the facade of the birth of the basilica.

The appearance of Barcelona in the film is with an aerial shot of the Expiatory Temple of the Sagrat Cor, located on top of Tibidabo.

The film includes an aerial shot of the MNAC, but the leading role is taken by the Victoria Eugenia Palace, located between the Font Màgica and the Plaza de les Cascades. Specifically, it is what is on the right hand side if you look at the MNAC (Palace of Metallurgy). On the rooftop and the roof of the palace, a spectacular sequence unfolds in which Tom Holland ends up inside the waterfalls that overlook the MNAC.

While they move through the underground of the city, shot in the Babelsberg studios in Berlin, Sully carries out a chase outside and, precisely, these two squares appear in two moments of this long sequence, with their fountains taking center stage.

I do not want to make spoilers, therefore I only say that in these places how Plaza Reial and Plaza Sant Felip Neri recorded moments from the beginning of the film.

To learn more about it, I recommend you watch this movie, as it is very interesting.

Thanks for your attention